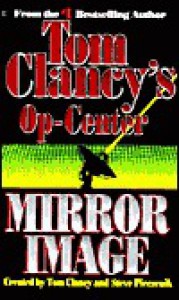 So, the guy who writes The Walking Dead is writing a new series. This could be good news! I mean, I've enjoyed the series, even through its lulls, because Kirkman has proven that he has good ideas to support a lengthy drama like that. He looks at the zombie apocalypse and keeps thinking about what would happen in that situation, keeping the story fresh without repeating himself too often. With that kind of proven ability, it's easy to have high expectations for a new series, but at the same time, it's hard not to compare the two series.

Outcast, though, is a bit of a miss for me. I'm never content to read just the first story arc of a series, since most of that winds up being exposition for the rest of the series, so I made sure to read the first two collections. Even then, though, I still feel like the story has barely gotten started. The Walking Dead's first issue served as exposition before the rest of the action got underway, but Outcast has gone through twelve issues, and none of the questions have been answered. We realize early on that the main character, Kyle, has been subjected to demon possession for much of his life, and that the demons call him Outcast, but as for what that actually means? Well, that appears to be the whole point of the series. I guess. Because that's about all it has going for itself right now.

To Kirkman's credit, there's a bit of mystery behind what's behind the possessions. At first glance, it seems that they're demon possessions (the presence of a priest performing exorcisms pretty strongly cements that idea), but Kyle, despite having experience with those possessed, isn't convinced that it's all about God and the devil. That aspect of the story intrigues me, but it frustrates me that I'm this far into the series and still trying to figure out where the story is going. I feel like I'm going to have to go three collections into it before I make a decision on whether to keep following it.

I had a hard time getting into the story, partly because of the art style. Azaceta, the artist, has a more impressionistic style than Adlard, the artist for The Walking Dead, and I couldn't tell many of the main characters apart. It didn't help that the first issue went back and forth in time for the first few pages, showing two different children who were (apparently) different. Maybe I wasn't paying close enough attention, but I had to re-read those first few pages a few times before I got a sense of what was actually happening, and to whom.

So, I'm cautious about Outcast. It could be going in a good direction, but it's difficult to tell at this point, and what has happened in the story so far just hasn't been all that interesting. If Kirkman picks the pace up a bit and starts to put something more definite in the next arc, I can see myself sticking with it, but if I had to judge it just based on these first to collections, I'd drop it. It's definitely no The Walking Dead.
Tweet